This past month I couldn’t help but her flashbacks to what happened to me. In watching 21 Savage go through his traffic stop turn into an immigration proceeding I watched my story unfold again. I have opened up to you guys about my experience in jail and why I ended up in a place I didn’t belong. (https://betteryouspace.com/2018/11/06/my-time-in-jail-pt-1/ / https://betteryouspace.com/2018/11/13/my-jail-story-pt-2/ ) It was an experience that changed my life and it is the reason why I have chosen to help others. One thing is clear to me, we must speak up for the injustice because so much of my story is reflected in 21 Savage’s and that of many other immigrants like myself. Fame or status doesn’t protect you from being targeted for your color or your legal status.

To those that don’t know who 21 Savage is, he is an Atlanta based rapper that has made hits like “Rockstar”. He came on to the rap scene in 2013 with his mixtape “The Slaughter Tape”. 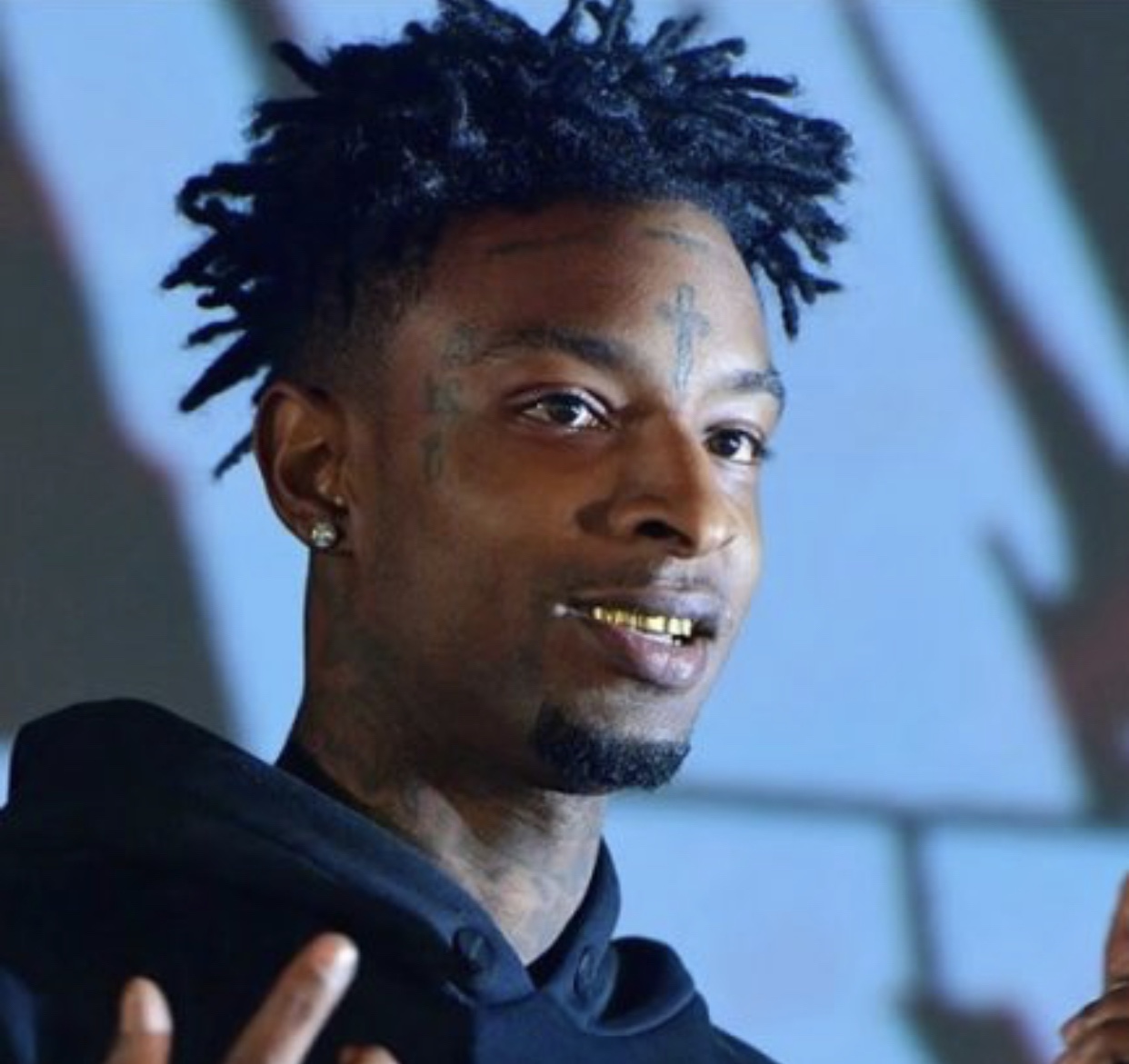 On February 3rd of this year 21 Savage made headlines because he was stopped by officers originally on a targeted arrest for someone else. It quickly turned into an immigration arrest and proceeding for him. As it turns out he actually isn’t from Atlanta, Georgia but born in the United Kingdom by the name Shayaa Bin Abraham-Joseph. He was brought to the U.S at the age of 7 with his family on a visa. In 2006 his visa expired and he then became an illegal immigrant.

The similarities in stories and why it matters

The original report said that 21 Savage was stopped because he was traveling with a rapper, Young Nudy, who was the actual target for the arrest. Because he was in the car they arrested him as well and ran his information. 21 Savage has nothing to do with this arrest target yet he ended in hand cuffs.

I was originally arrested on a tail light infraction. However, as I explained in my story the officer showed interest in stopping me before he could see my actual tail light. He had really stopped me because they were looking for someone else. Someone that was dealing drugs, I just happened to fit the description. I was profiled.

With 21 Savage’s arrest so much was left to confusion. In his interview with Good morning America, 21 Savage talks about the event. He says, ” They didn’t say nothing. They just said we got Savage.” Then while in police custody there were more misunderstandings. There were reports that he was in possession of a gun. Even though neither the car not the gun were his.

During my arrest there was so confusion as well. The officer said he had stopped me because my right tail light was not working. Then after many more police officers arrived they said they were arresting me because they didn’t known who I was. Which at that point a family member of mine was then notified. I lived about 4 minutes away from the place of my arrest at that time. He arrived with my ID and they didn’t allow him to present my ID to prove who I was. Then they said they were arresting me because I didn’t have insurance in the car or a driver’s license. The last final report shows no insurance, no license, and arrest. First of all, I am sorry but I don’t think you need more than one officer for a no insurance stop. Secondly, I recently called the jail I was in and I asked for my records. The officer in the records department first couldn’t find my arrest day. Then she finally found my name in the system however, it only showed the infractions. She couldn’t find the actual arrest. When I explained to the officer that I had been stopped for a tail light, then it turned in to a no insurance and no license she said, ” But they don’t arrest you for that!” Bingo!!!!!! Then why was I arrested? In the state in which I was arrested you can be arrested for not having insurance. However, this is extremely rare because this decision is left to the discretion of the officer. This leaves a big gap to judgement and as we have all witnessed, this can be catastrophic for people of color and no legal status.

The criticism and why he stayed silent

While in jail many began to criticize him. They felt like he had lied about being from Atlanta. They questioned why he hadn’t mentioned that he was really from the United Kingdom. In his interview with Good Morning America he speaks on this subject. He says he wasn’t hiding the fact that he was from the United Kingdom. He didn’t say anything because he didn’t want to be deported.

Growing up I was not aloud to speak about my legal status. My family and I kept our immigration status in silence for fear of deportation. I actually assumed American customs and began to suppress my beautiful Mexican ones to not show any red flags that I wasn’t here legally. It wasn’t until I got a legal status and moved back to California that I began to connect and embrace my culture once again.

While many criticized him for not speaking up about his home land. He knew that he ran the risk of getting deported if he talked about it. Now his lawyers are saying he may have been targeted for his lyrics in his alternate version of his new song “A lot” where hen speaks on the immigration situation in this country. “Been through some things so I can’t imagine my kids stuck at the border.” If this is true it only proves that speaking up gets you a target on your head. That’s not something you want since he is a father.

Even though the targets are different, they always are, we must understand that the immigration system has done some shady things in their efforts to keep “bad guys” out. 21 Savage may been targeted for criticizing the situation at the border right now. Others, like myself get targeted for the color of their skin. For looking Latina.

After spending 9 days in jail, is now facing a deportation which could result in the separation from his children.

He will have to fight for a status adjustment in this country which hasn’t proven to be easy. Prior to this situation, 21 Savage has already tried to adjust his status. His application for a U-visa, which is assigned to victims of crimes, has been pending for some time now. Many have criticized him on why he hadn’t adjusted his status and has become a citizen. What people don’t realize is that the immigration court is the say all. There is no amount of money you can pay, if there isn’t something that qualifies you. Immigration cases take time to get resolved as it already has proven to be true for him and his family.

After I was arrested I was questioned for drug possession and selling. After they realized I was not the person they were looking for I was then passed on to ICE. After being 7 days in jail I was also facing an order of deportation. It took me about 8 years and countless noes, I ended being a victim of fraud, and many other things I wish I hadn’t gone through to finally adjust my status. However, I am a resident not a citizen, that still has about two more years of fighting to actually become a reality. So when people assume it is just a matter of paying people off, that is not the case.

We need to understand the severity of our immigration system. It looks like 21 Savage has a way to stay in the country if his U visa is approved and he now has amazing lawyers. I am thankful to God I found the way to stay in this country but that came at a very high price. Lawyer offices took advantage of my situation and would threaten my family for money. Another lawyer committed fraud and I lost thousands of dollars. I had to withstand the hardest years of my life. I will continue on my story on a later blog. I will explain what kept me in the country and why our immigration system is broken. What is clear to me is that those that have made it to the other side must start speaking up for those that can’t. 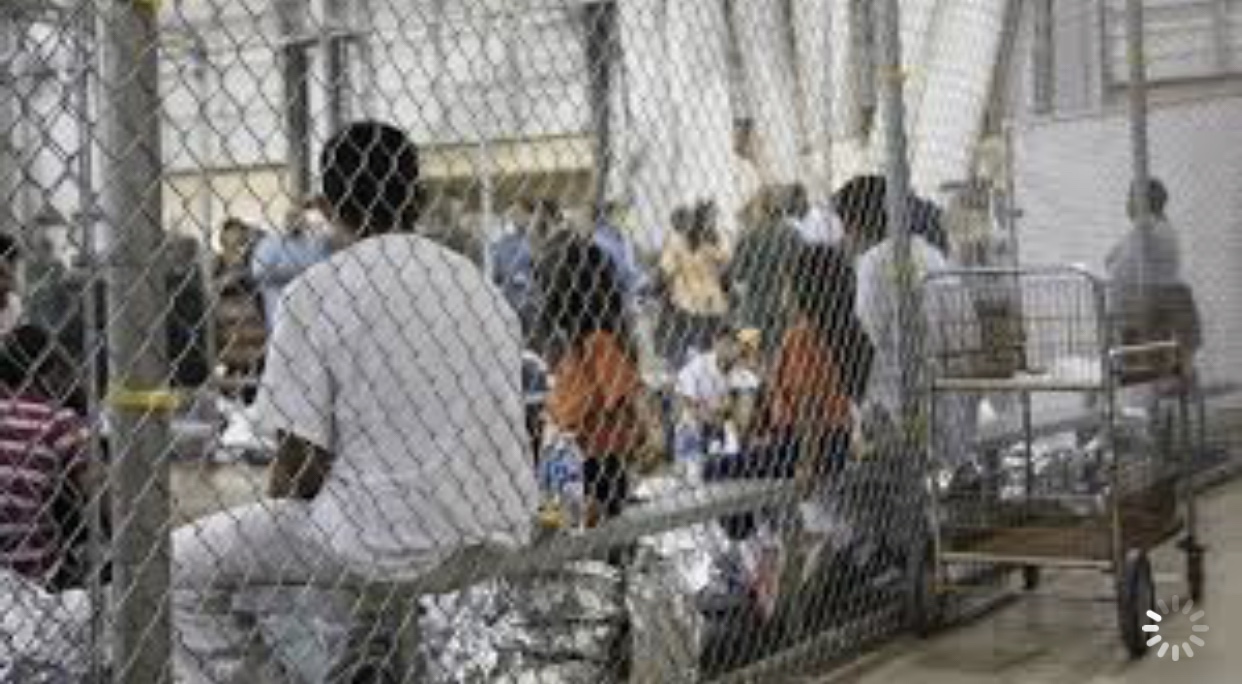 Immigrants are treated like disposable things. Bargains for votes. Politicians dangle the possibility of a reform like you would a carrot to a rabbit. ICE uses the law which is suppose to protect to target people by their color of their skin, the language they speak, and how they dress. I am grateful that 21 Savages plans on bringing awareness to all immigrants being detained. After being asked of what he would say to others that are going through the same thing he said, “I feel your pain, and I am going to do everything in my power to try and bring awareness to your pain.”